Top 3 Reasons To Heat Your Home With a Propane Furnace 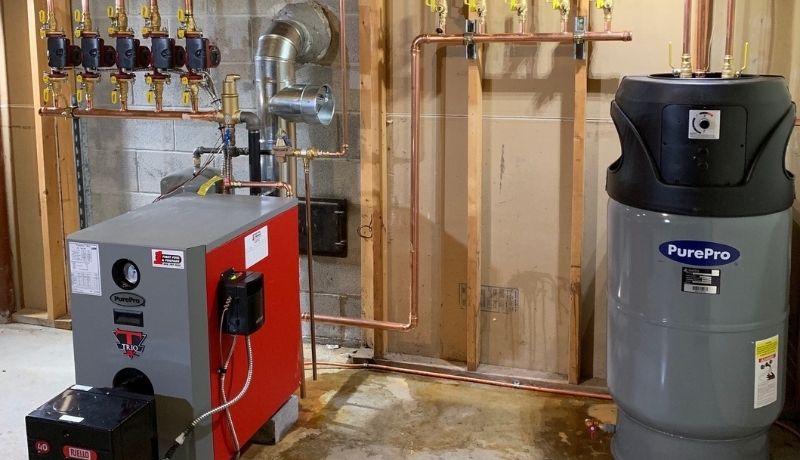 Top 3 Reasons To Heat Your Home With a Propane Furnace

The long-time debate of which power source is better for heating your home rages on. While we know we won’t be able to convince everyone to make the switch to gas, we hope our list of the top reasons to heat your home with a propane furnace will influence some of you to make the change. While we may be biased, we genuinely believe gas is the better solution.

It Saves You Money

One of the biggest complaints about switching to a propane system is the upfront cost of installing a tank. While that’s a legitimate concern, most people overlook how much it will save them in the long run. Gas bills are much lower in price than electric ones. Plus, once you have a propane tank installed, you can hook up other appliances to save even more money on your electricity costs.

On top of that, propane systems need less maintenance due to general wear and tear. According to tests that have been performed, the average propane system will last about 20 years before it needs to get replaced, whereas electrical systems last for almost less than half of that.

Other than being cheaper, there’s another aspect of propane heating that makes it more efficient than electric: the ability to heat up quickly. Due to its speed, the gas can pump heat through your home faster than other forms of heating, leading to your system not needing as much fuel to get your house to its desired heat.

Our final top reason to heat your home with a propane furnace is probably a relatively unknown one: propane gas is more environmentally friendly than most forms of electrical power. Most people hear the word “gas” and assume it’s terrible for the air, but in reality, propane gas has little effect on humanity’s emission levels. When compared to the burning of fossil fuels used to provide a majority of our electricity, it’s practically nothing at all.

Furthermore, while it’s still in the tank, propane is in its liquid form. It’s not until it gets pumped out that it’s transformed into gas. Even if something were to go awry and the liquid propane spilled out into your yard, it’s not toxic to it.

Now that you know the benefits of owning a gas-powered system, if you’re interested in looking for a propane and oil company, look no further than right here. Our company offers propane installation and services all across the New York area and even beyond, so be sure to check us out to see if we will be a good fit for you.

Give a Reply Cancel reply